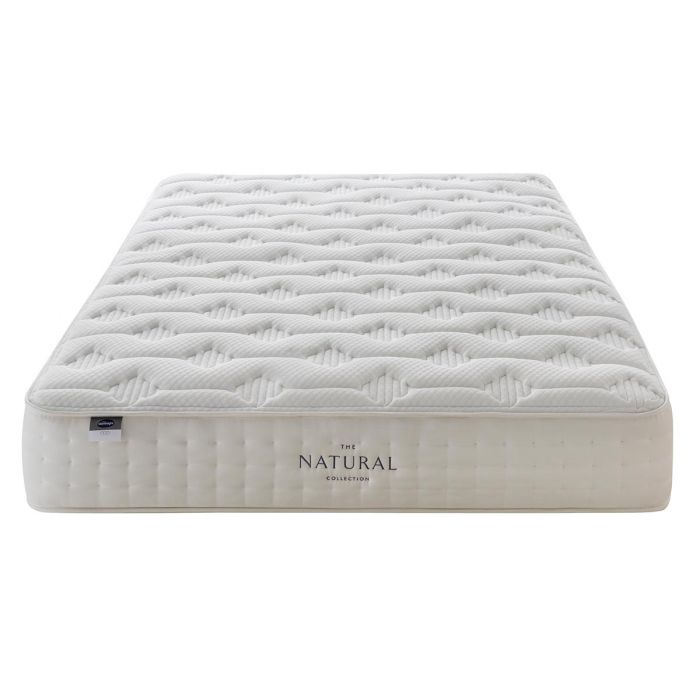 Skip to the beginning of the images gallery
Details

Silentnight present the Luxuriant Natural Mattress. A luxury mattress filled with the finest fillings offered, the blend of cashmere, silk and wool combine to optimise sleeping temperature and to keep you feeling fresh as you wake up.

This is rotatable, firm model that features 1400 Individual Pocket Springs to offer tailored support to your weight independent of anyone else asleep on the mattress. Allergy UK approved, this model provides a clean sleeping environment and has had no chemical treatment.

Your question will appear on the site once someone answers it.
See what people are saying about
Loading...
Clear All
2 Reviews
Updating Results
Verified Buyer
What is a Verified Buyer
A Verified Buyer is a user who has purchased the reviewed product through our store.
4 star rating
Good quality matress
Good quality matress
Verified Buyer
What is a Verified Buyer
A Verified Buyer is a user who has purchased the reviewed product through our store.
5 star rating
New mattress
I had originally ordering a mattress from bensons for beds back in March. Was told lie after lie by them about when I would receive it after originally being told 2 weeks I waited a total of seven before I finally got my money back and gave up on them as they never had the bed in and was finally told they wernt even expecting them till August! ... Anyway, I then turned to bed factory. I'm so glad we did. By this time the store was open. And I think we tried every mattress they had. They have a HUGE range and I couldn't believe how different they could be!! So much better than ordering online. We finally decided on the silentnight luxuriant natural, firm. Louise was the sales assistant that helped us. She told us that this mattress would take 4 weeks for them to get. Which I was fine with as they were upfront about how long it would take, not making false promises like bensons! Exactly 4 weeks later I got a call to say the mattress was in and asked when was convenient for them to drop it off. They brought it the next day and took it up the stairs which I was glad about coz it weighs a ton! The mattress itself is a dream compared to our old one which was from oak furniture land and soft as anythin (another company to avoid) it is definitely firm. Must admit it was really strange at first and it had crossed my mind that we'd made a mistake in our search for firmness and picked one that was too hard, but by day 4 I slept better than I had in ages. I didn't wake up with aching hips like I had with the previous mattress. I am usually a side sleeper but occasionally sleep on my front. This mattress is firm enough that I don't sink, but I must admit halfway through the night a do switch sides as because it's quite a hard mattress I do start to get pins and needles in my leg (but I am 16 stone) lying on my front is nice. Because you don't sink into the mattress you don't get aches in your back like you would with a soft mattress. I would definitely recommend bed factory and if you are after a very firm mattress which still feels comfy on the top layer I would recommend the silent night natural mattress. I think if you take anything from this review it's to definitely check out independent company's before going straight for the big guys like bensons. You get better price, better customer service a d in this case even more choice.
Loading...
Powered by
Copyright © 2013-present Magento, Inc. All rights reserved.